1 year later, things have changed a bit, become easier, in particular with the arrival of the opensource technology Kubernetes (K8s) from Google, a very comprehensive framework based on Docker technology.

Before going deep into the motivations for the shift and the generalization, just keep in mind that deploying any Docker container on Google Cloud AppEngine is just 2 command lines :

It is a very good first step for any project. In this post, we’ll see why AppEngine is the first step of a bigger concept that generalizes to deployment of all your apps, anywhere. For an overview of AppEngine have a look at this post.

The needs for deployment

The needs are still the same :

This is the last point I will show in practice in this tutorial.

The main problem is the lack of support from main providers, the absence of warranties, and changes in specifications without consultation (modification or removal of some specifications) which lead you to adapt to all the changes of their platforms - quite unevitable.

The shift in methodology

Current methods use virtual servers : the build occurs during deployment, with deployment scripts, and update scripts, inside the virtual machine, and for all applications at the same time. These methods, brought by technologies such as Chef, Puppet or Ansible, have the benefits of scalability and reproducibility. 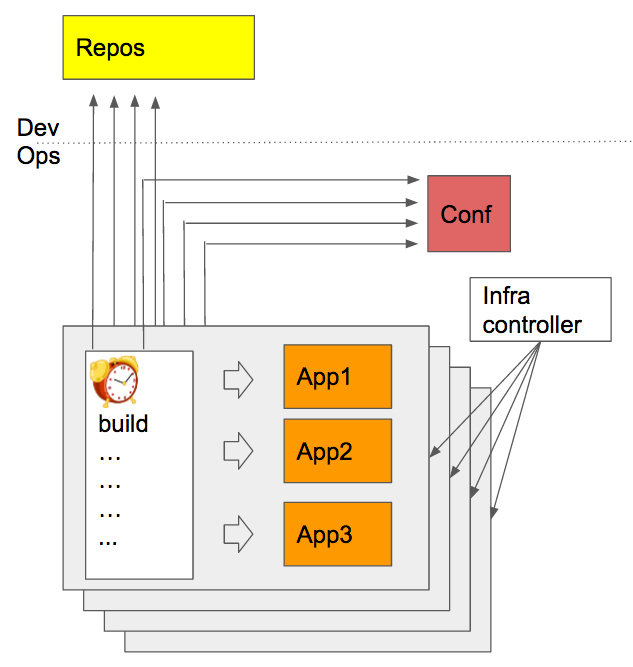 Docker and deployment platform technologies have enabled new deployment methods, that add new benefits to the previous ones : 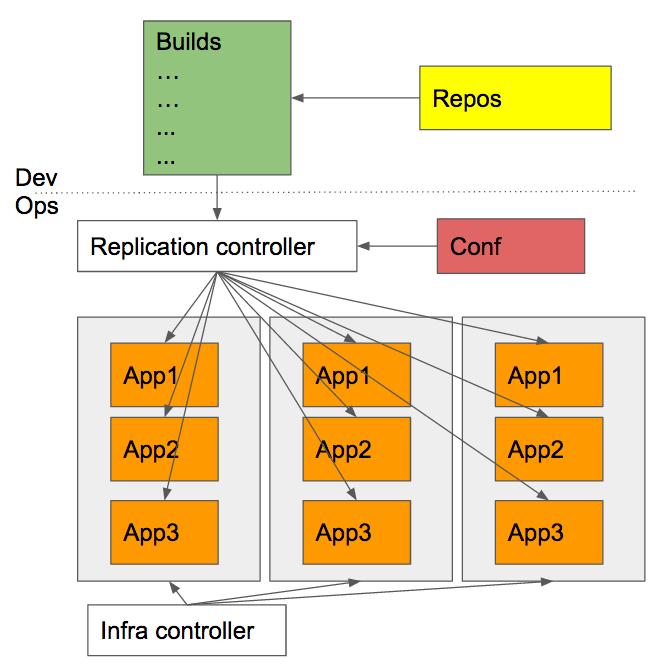 Each container can have its own IP.

Let’s see in practice how to deploy on a cluster on your machine, and on clusters of VM in the AWS EC2 and Google Cloud.

Install and configure the SDK for your cloud provider if you want to deploy to one of them :

Create an app, package it in a container and publish to a Docker registry

Docker will play a central role. Build it :

Publish your image to a container registry (Docker, Google or AWS):

Install Kubernetes and launch the cluster of VM

On Google Compute Engine, it’s quite easy to install Kubernetes and launch a cluster of VM :

If you want to install Kubernetes and launch a Kubernetes cluster directly, you can with the following scripts :

A complete list of available providers includes Microsoft Azure, … and others.

For AWS, you can also deploy your Docker using ECS interface, but I’ll prefer to use Kubernetes as “standard” layer above all cloud providers.

Run your container on the cluster

Scale the number of replicas

Replicas will be added automatically.

Expose your deployment to Internet with the creation of a loadbalancer

External IP will be displaid after a few minutes.

Modify v1 with v2 and save. Updates will occur automatically.

Kubernetes simplifies the deployment of apps in a uniform way: on any infrastructure where Kubernetes is installed, you can launch your apps the same way.

Remember also the AppEngine cluster launch in 2 command lines in the introduction of this post : the difference is that AppEngine clusters are fully-managed by Google, with few options controlled via the app.yaml file or in the AppEngine console web interface. In many cases, AppEngine will be sufficient to cover your needs at the start of a project.

Have a look at a Spark deployment with Kubernetes for example which enables to have Spark and your apps run in the same environment.