In this article, I re-explain the characteristics of the bounding box object detector Yolo since everything might not be so easy to catch. Its first version has been improved in a version 2.

The convolutions enable to compute predictions at different positions in an image in an optimized way. This avoids using a sliding window to compute separately a prediction at every potential position.

To make it easier to align the grid of predictions produced by the network with the image: 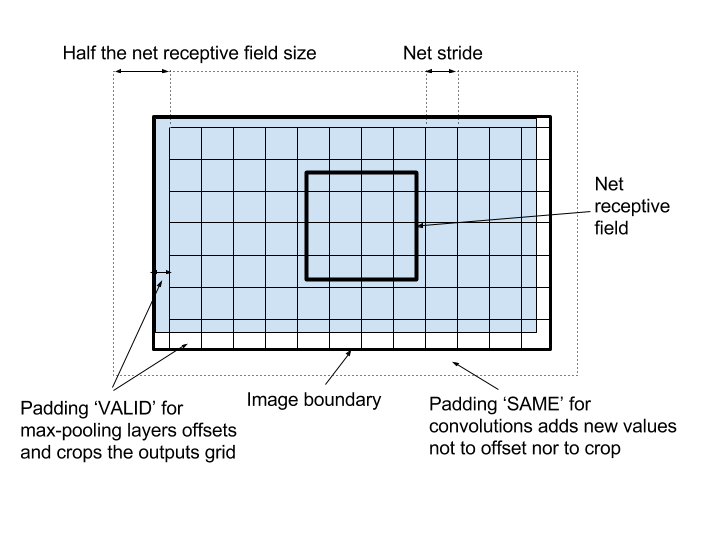 Positives and negatives, and the cells 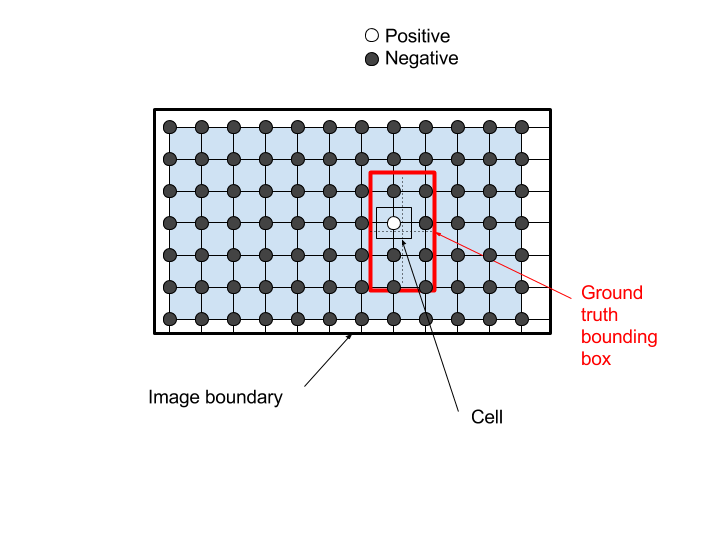 So, let us keep these circles as a representation of the net outputs, and for the grid, rather than displaying a grid of the outputs, let us use this grid to separate the zones for which any ground truth box center will make these positions as positive. For that purpose, I can simply shift the grid back by half a stride: 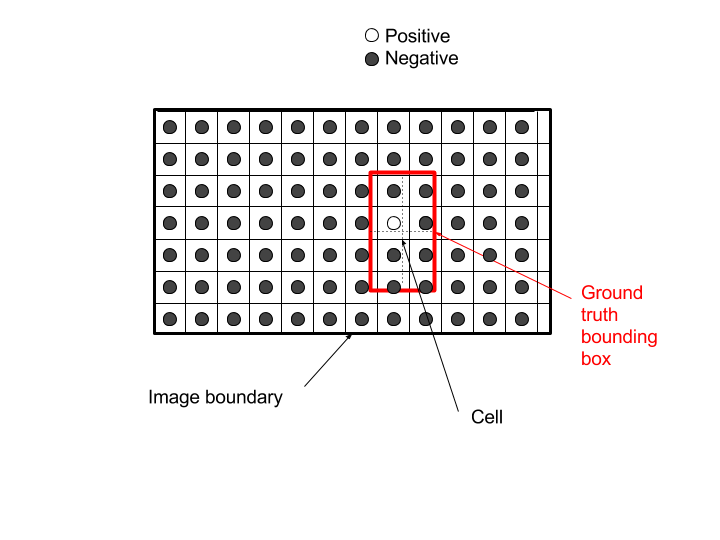 Note that in a more general case, a position could be considered as positive for bigger or smaller cells than the network stride, and in such a case, it would not be possible to see the separations between the region of attraction of each position in a grid.

A regressor rather than a classifier

For every positive position, the network predicts a regression on the bounding box precise position and dimension.

In the second version of Yolo, these predictions are relative to the grid position and anchor size (instead of the full image) as in the Faster-RCNN models for better performance: 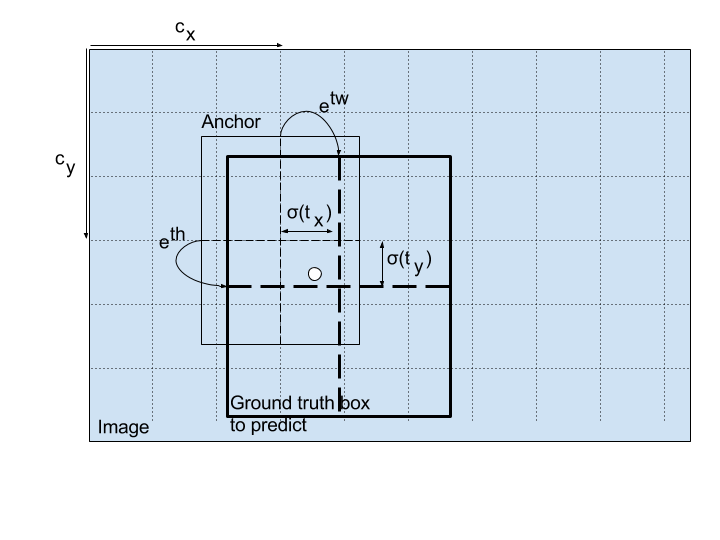 Once the bounding box regressor is trained, the model is also trained to predict a confidence score on the final predicted bounding box with the above regressor.

The natural confidence score value is:

Yolo V1 and V2 predict B regressions for B bounding boxes. Only one of the B regressors is trained at each positive position, the one that predicts a box that is closest to the ground truth box, so that there is a reinforcement of this predictor, and a specialization of each regressor.

In Yolo V2, this specialization is ‘assisted’ with predefined anchors as in Faster-RCNN. The predefined anchors are chosen to be as representative as possible of the ground truth boxes, with the following K-means clustering algorithm to define them:

For each specialization, in Yolo V2, the class probabilities of the object inside the box is trained to be predicted, as the confidence score, but conditionally on positive positions.

Putting it all together for an example of 5 anchors, 20 object classes, the output of the network at each position can be decomposed into 3 parts: 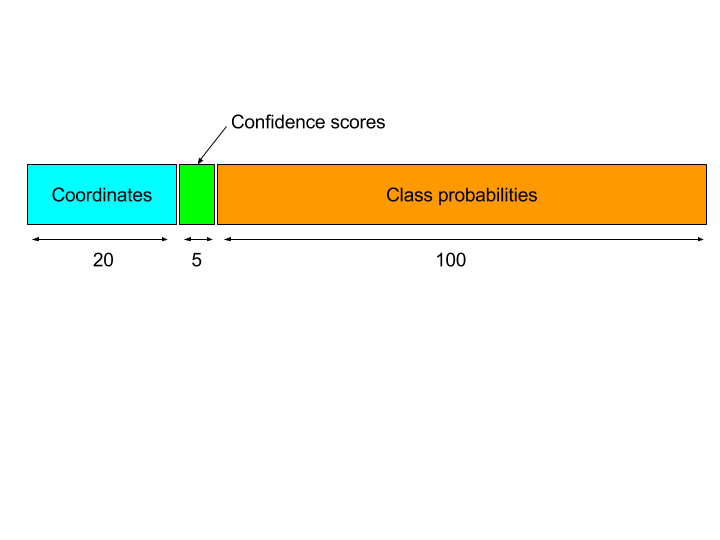 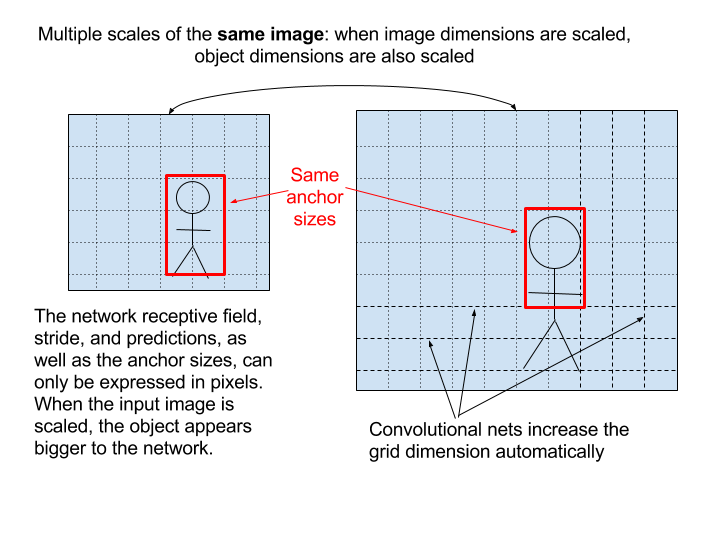 Note that some neural network implementations resize all images to a given size, let’s say 500x500, as a kind of first layer in the neural network. First, this automatic resizing step cancels the multi-scale training in the dataset. Second, there is also a problem with ratio since the network in this case will learn to deal with square images only: either part of the input image is discarded (crop), or the ratio is not preserved, which is suboptimal in both cases. 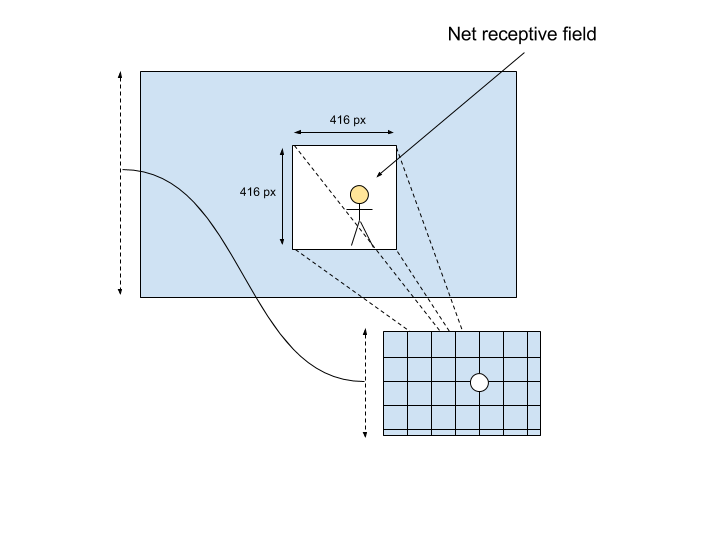 In Yolo implementations, these sizes are given with respect to the grid size, which is a fixed number of pixels as well (the network stride, ie 32 pixels):